It’s a familiar story.       Painters have painted it, primary school children have dramatised it and the theologically trained tend to pad it out in dense sentences. 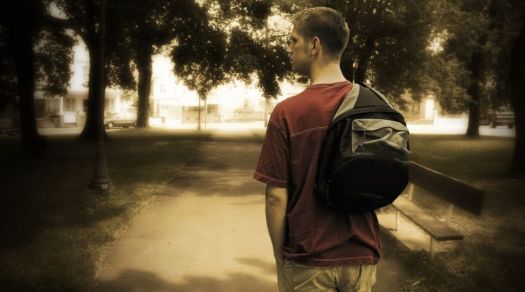 It’s a story in three acts, with three main characters and a background cast of friends and servants, and variously known as The Prodigal Son or The Two Brothers or The Loving Father.

But what about the mother? Here’s the ending American bishop, Ken Untener (1937-2004) gave to Jesus’ parable:

While the father and the eldest son were out there in the backyard arguing, the mother came out. And she said to the two of them (there’s a school somewhere where mothers go to learn this line because they all have it.) “Now I have had just about enough. You’re both acting like children and I’m tired of it.” Then she said to her husband, “You always favoured our youngest and you know it. Our older son works hard day in and day out and you take him for granted. As a matter of fact you take me for granted too. I hardly ever hear you say “thank you” except to the hired hands. It is about time you start noticing your own family for a change.”

Then the mother said to her older son: “And you, you always like to be the martyr. You act as if you’re the only one who ever had to go the extra mile or ever had to do things that go unnoticed. Well let me tell you something. I’ve had to do it and so does everybody else. So it is about time you learned that sometimes you just have to swallow hard and do what has to be done, and realize that sometimes life is not fair. And it would be nice if you could say “thank you” a little more often yourself.”

Then the mother went inside to the party and she came out with her younger son by the ear: “ And you, you’re acting like a spoiled little prince. You’re in there celebrating with your friends and you never even thought to ask how your older brother was, or go over and thank him for doing all the work while you were gone. You think the whole world revolves around you. It is about time you realize that it doesn’t.”
And finally, she said to all three of them: “I’ve had enough of this bickering. The three of you shake hands and work out your differences some other time. We’ve got company in there. You get in that house and start acting like family. You can start by treating them the way we always treat our guests. And you start treating each other the way a family treats each other. If you can’t do that, then there are lots of places you can go and get a job feeding the pigs. “

This ending doesn’t resolve everything, but then parables never do and family life is complicated. Much of our joy, and our tension and conflict, come from within our family. We have such expectations of each other, whether we are relating to a life partner, a small child, an adolescent, a parent or a sibling.

Whether you see yourself as the father, the mother, the younger son or the older son, know that God gives us parables like this because they are about what is closest to being human, and in that closeness we glimpse God.